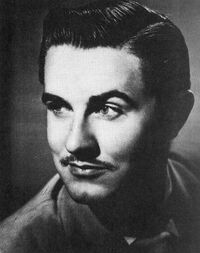 Edward Davis Wood, Jr. (1924-1978) is often referred to as one of the worst film directors of all time. While that title is debatable, he is certainly one of the most notorious, known for shooting cheaply-made and poorly-acted films on shoe-string budgets.

Wood's movies have gained a remarkable fan base since his death. In 1994, Tim Burton directed a biopic about Wood starring Johnny Depp.

In 1998, a previously unreleased collection of Wood's writings was published as the book Hollywood Rat Race. Written throughout the 1960s, the book serves partially as a memoir of Wood's experiences and partially as a guide to those seeking to make a career in the movie business.

Ed Wood's films have been riffed on Mystery Science Theater 3000, by Michael J. Nelson, RiffTrax, RiffTrax Presents Bridget & Mary Jo, and The Mads Are Back. 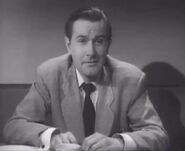 Appearing in Glen or Glenda