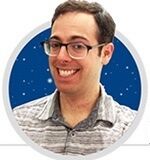 Kalan worked as a writer for the popular news satire show The Daily Show with Jon Stewart (which aired on Comedy Central) from 2008 to 2014, and as Head Writer from 2014 until he and Jon Stewart left the show in 2015. Kalan won four Emmy Awards for his work on The Daily Show. He also appeared in small roles occasionally.

Kalan has written several books for Marvel Comics, most notably the Spider-Man and the X-Men limited series from 2015. He has also authored a children's book entitled Horse Meets Dog.