John Reynolds (1941–1966) was an actor who is remembered for his portrayal of Torgo in Manos: The Hands of Fate. His appearance in Manos is his sole movie credit.

As Torgo was intended to be a satyr, Reynolds and Tom Neyman designed the rigging that Reynolds wore under his trousers. This rig was made of wire coat hangers and foam. The leg braces were built by Tom Neyman and were actually worn the way they were supposed to. They were uncomfortable, but did not cause him harm. Jackie Neyman Jones - who played Debbie in the film - said she only later realized that the reason Reynolds was so much fun on the set was because he was high most of the time.[1]

Reynolds committed suicide after production was completed on the film, shortly before the film was released. With the movie being screened on MST3K Reynolds became known to new generations of fans.[2] [3]

In 2015, a photo of Reynolds (as Torgo) was used as a key plot point in an episode of the television mystery series Elementary. 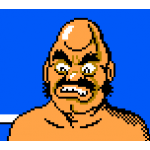