Richard Dyszel had a successful career as a local television host. His character Count Gore DeVol is a long-running staple of the Washington DC/Baltimore television landscape, and was a pioneer for the horror host presence on the internet. 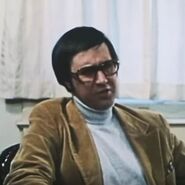 Appearing in The Alien Factor 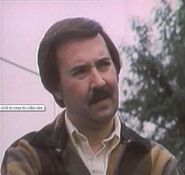 Appearing in The Galaxy Invader 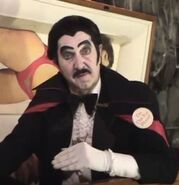 As Count Gore
Add a photo to this gallery
Retrieved from "https://mst3k.fandom.com/wiki/Richard_Dyszel?oldid=58485"
Community content is available under CC-BY-SA unless otherwise noted.