Richard Jaeckel (1926-1997) was an American actor who was typically cast in supporting roles. His first film appearance was in the 1943 war film Guadalcanal Diary. Other films of note he was featured in include Sands of Iwo Jima, The Dirty Dozen, and 3:10 to Yuma.

On television, Jaeckel had a recurring role as Tony Gentry on the short-lived western Frontier Circus. Other shows he appeared on include Wagon Train, The Outer Limits, The Alfred Hitchcock Hour, Perry Mason, The Wild, Wild West, Bonanzo, Gunsmoke, and Little House on the Prairie.

Appearing in The Green Slime

Appearing in Day of the Animals 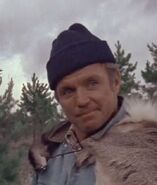 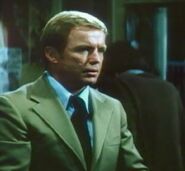 Appearing in The Dark
Add a photo to this gallery
Retrieved from "https://mst3k.fandom.com/wiki/Richard_Jaeckel?oldid=58148"
Community content is available under CC-BY-SA unless otherwise noted.