Stan Winston (1946-2008) was an award-winning and highly acclaimed make-up artist who easily rivals the likes of Rick Baker. He also established his own special effects studio for which he helped supervise and create countless notable monster, robots, aliens and creatures for the big-screen. Some of his other films credits include: Mansion of the Doomed (with Richard Basehart), The Island, The Hand (both with Michael Caine), The Terminator sequels (with Arnold Schwarzenegger), Edward Scissorhands (with Johnny Depp), the Jurassick Park movie franchise (with Jeff Goldblum), Interview with the Vampire (with Tom Cruise), Congo (with Joe Don Baker), the failed remake of The Island of Dr. Moreau (with Val Kilmer), Galaxy Quest, A.I.: Artificial Intelligence (with Clark Gregg), Pearl Harbor (with Ben Affleck), Big Fish (with Ewan McGregor), Constantine (with Keanu Reeves), Iron Man (with Robert Downey Jr.) and Shutter Island (with Leonardo DiCaprio). Like many greats, a good chunk of his acclaimed work ended up being spoofed by RiffTrax. 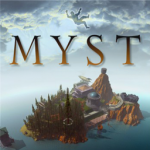